This guide describes the tools needed to install Focusonics® directional speakers, presents practical installation guidelines, and showcases the most popular ways to install speakers in environments.

VESA mount brackets or the stand used must not cover the ventilation grill on the back of the speaker. 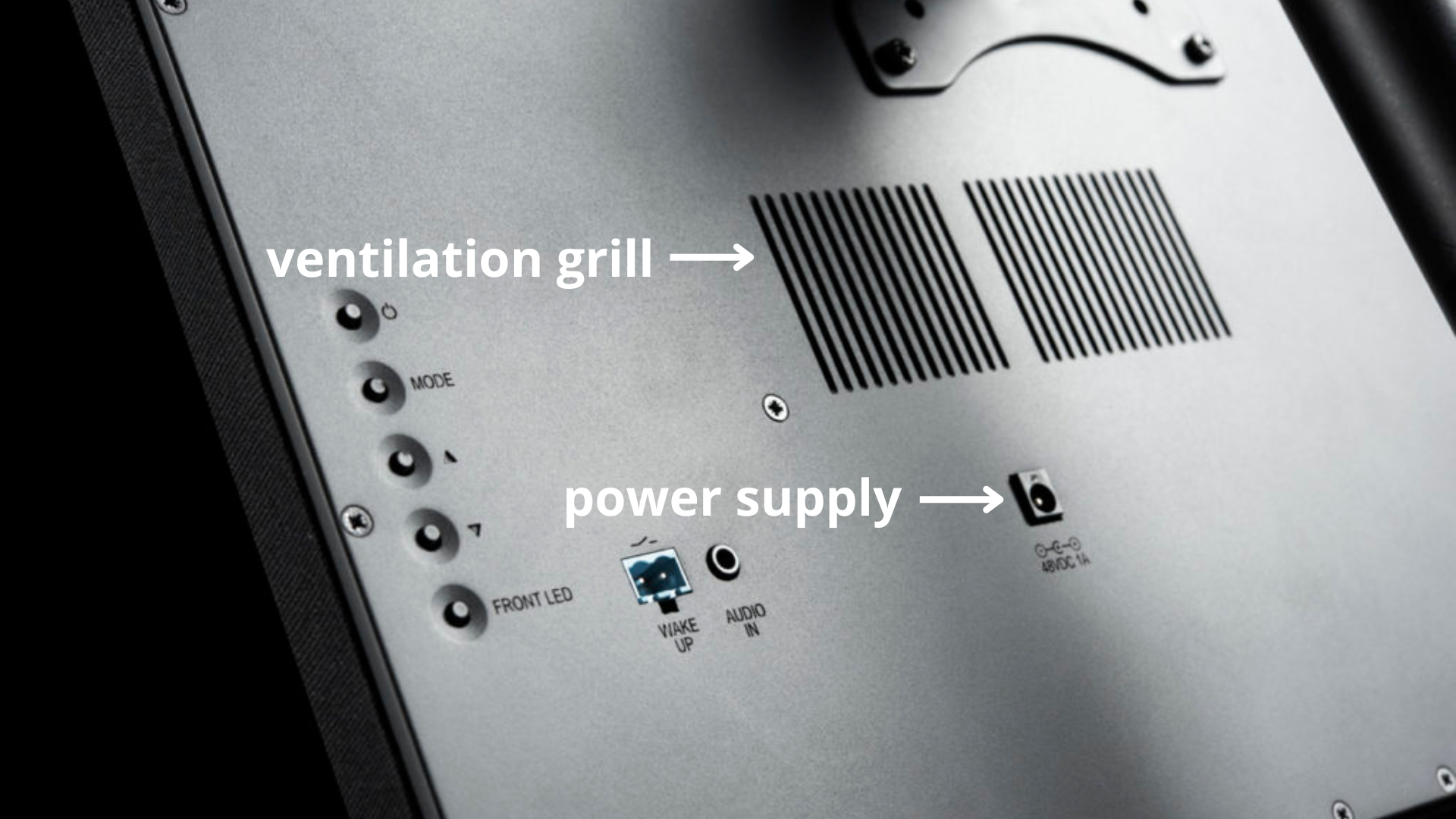 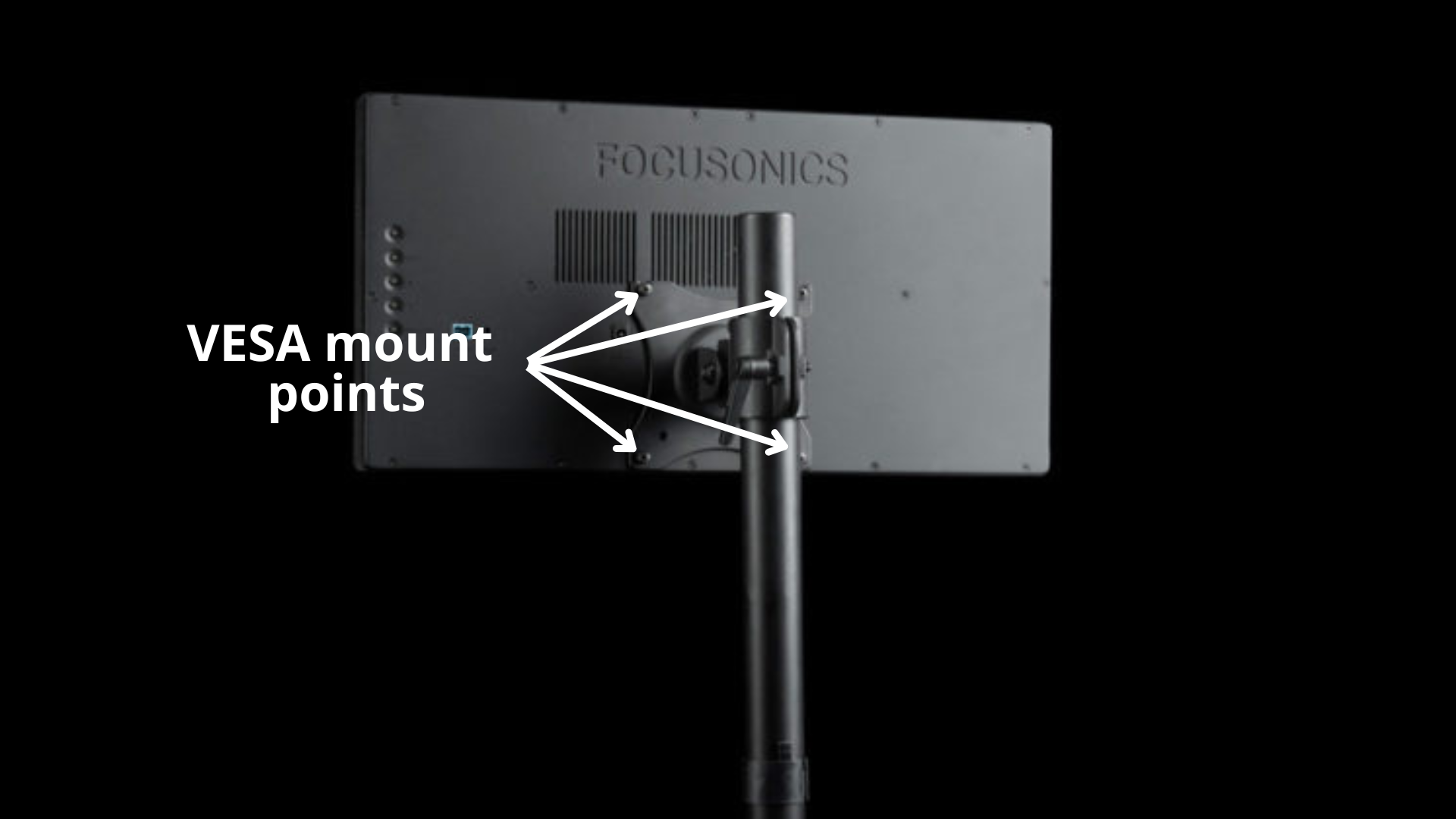 Some examples of how Focusonics® directional speakers may be used in different environments.

Overhead on the ceiling

The speaker is installed overhead on the ceiling with the beam directed downwards. This is the most common usage when the sound needs to be localized at a specific spot. It usually includes a mark on the floor, demonstrating to visitors where to stand to hear the sound.

The sound localization position does not depend on the height of a person if the beam is directed downwards perpendicular to the floor. It is important to maintain a sufficient distance between the speaker and the listener, therefore, this might not be a viable option if the ceiling is low. 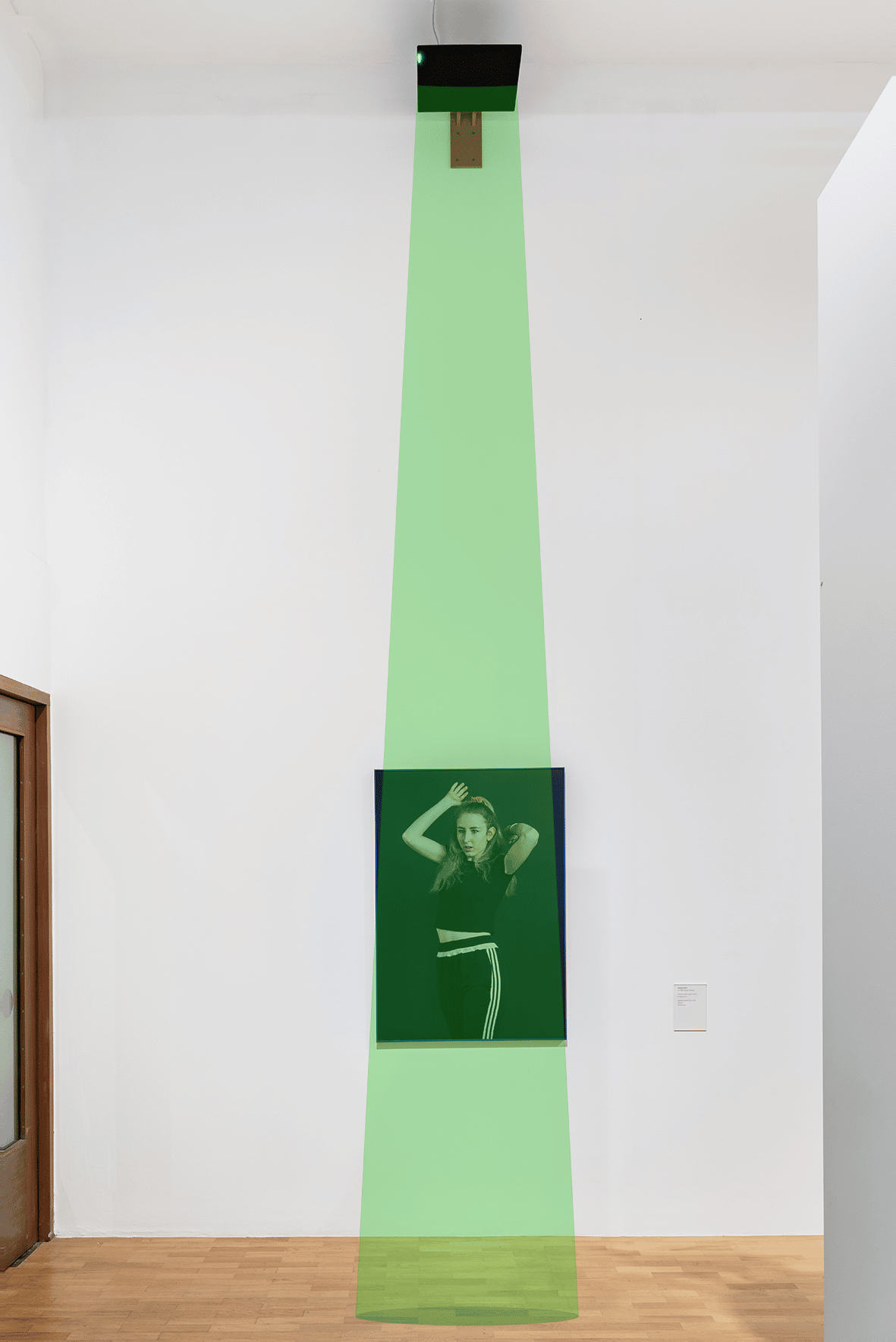 On the wall next to an object

The speaker is installed on the wall next to an object of interest, such as an exhibit, and directed at some angle toward the listener. This option is suitable for venues that have low ceilings since this helps increase the distance between the speaker and the listener.

It may also help avoid some of the sound reflections as the beam can travel longer distances before encountering a reflective surface. The spot on the floor from which a visitor will hear sound depends on the person’s height. 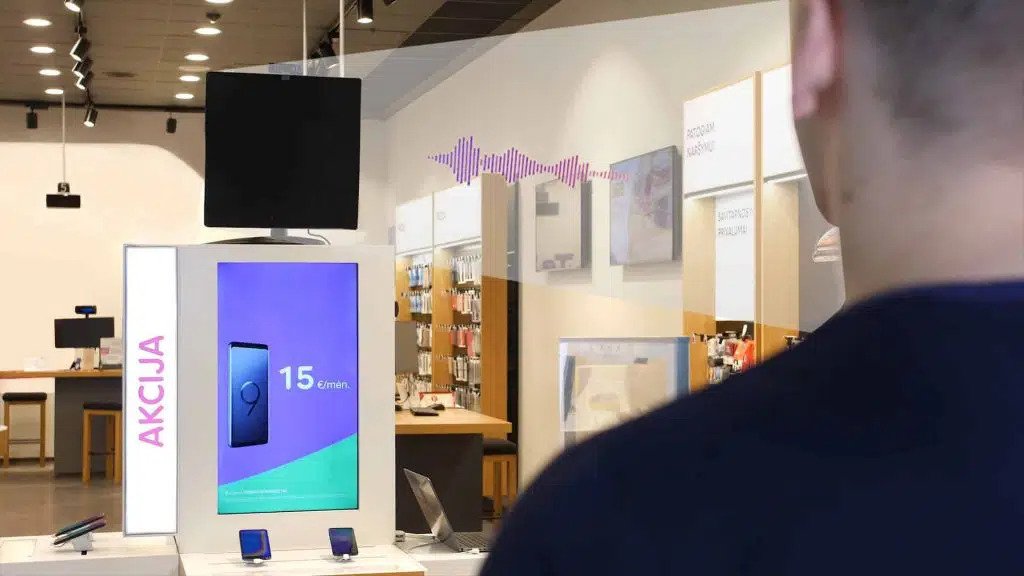 Since ultrasonic waves, used by Focusonics® speakers to reproduce sound, reflect very well from most surfaces, the speakers can be used to create a “virtual source” effect. By directing the speaker to a certain object that reflects ultrasonic waves well, it will feel like the sound is coming from that object rather than from the speaker itself. This object can be a TV screen, a sculpture, a glass wall, etc.

Multiple reflections can be used to fill the space with various sounds to achieve unique experiences. For example, bird or animal sounds can be used to create an illusion of their presence in a much more convincing manner than using traditional speakers as the sounds would appear to originate from various objects/surfaces rather than filling the whole space. 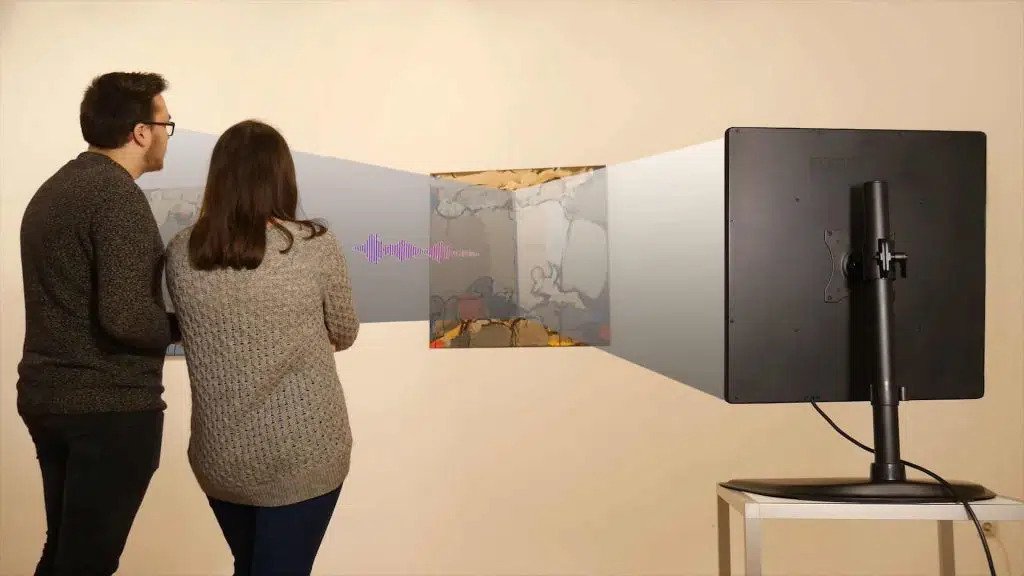 The list of installation variations is not exhaustive, therefore, if you have any other ideas on how you would like Focusonics® speakers to be installed in your environment or have any other inquiries, contact us right away. 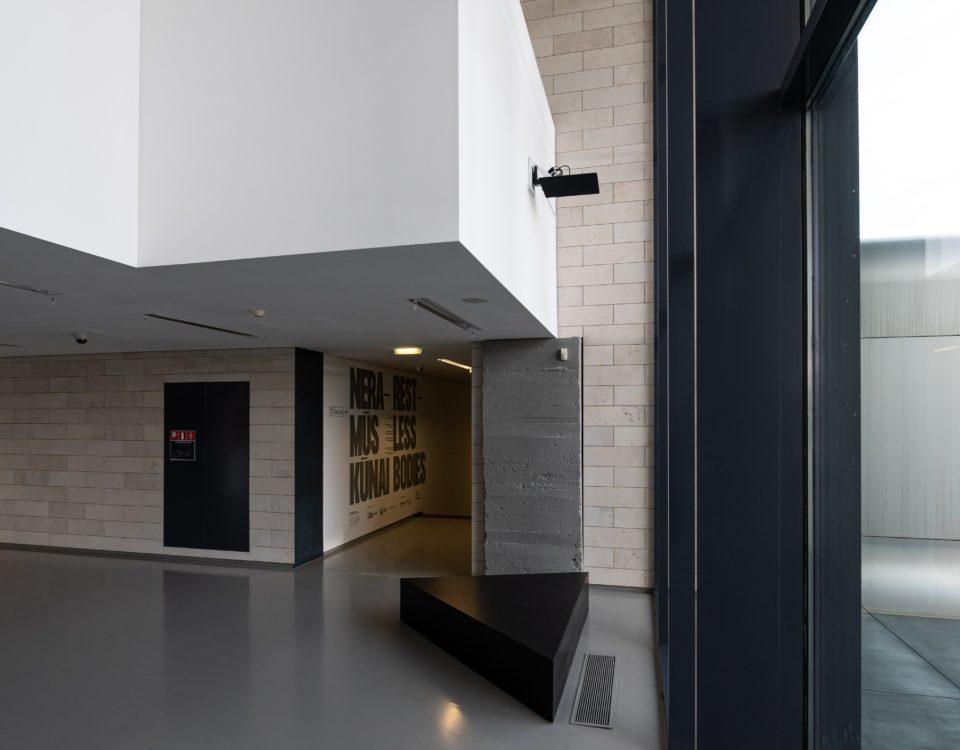 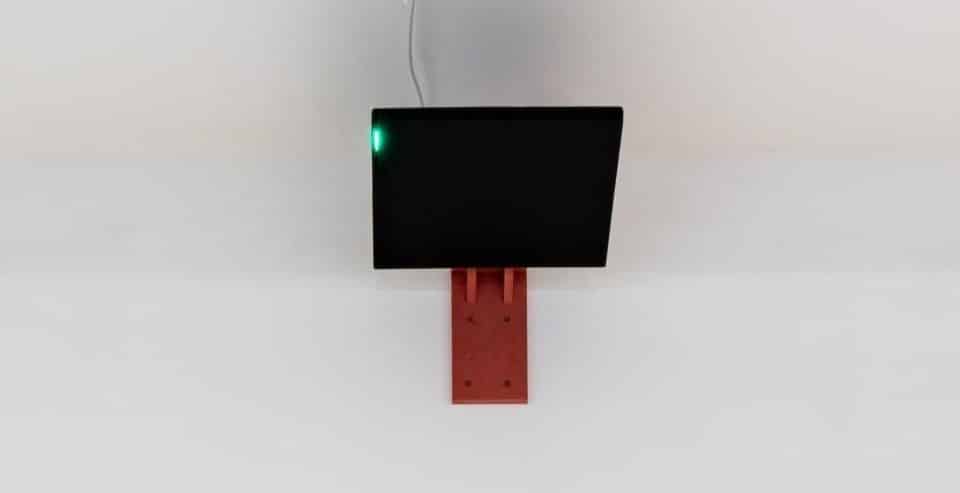 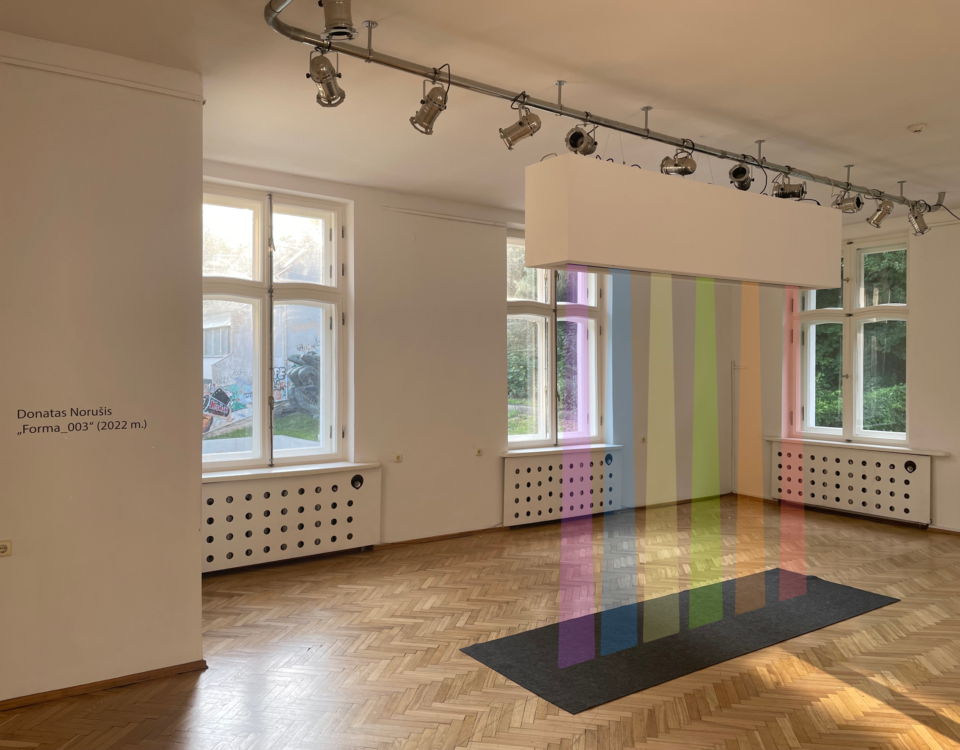