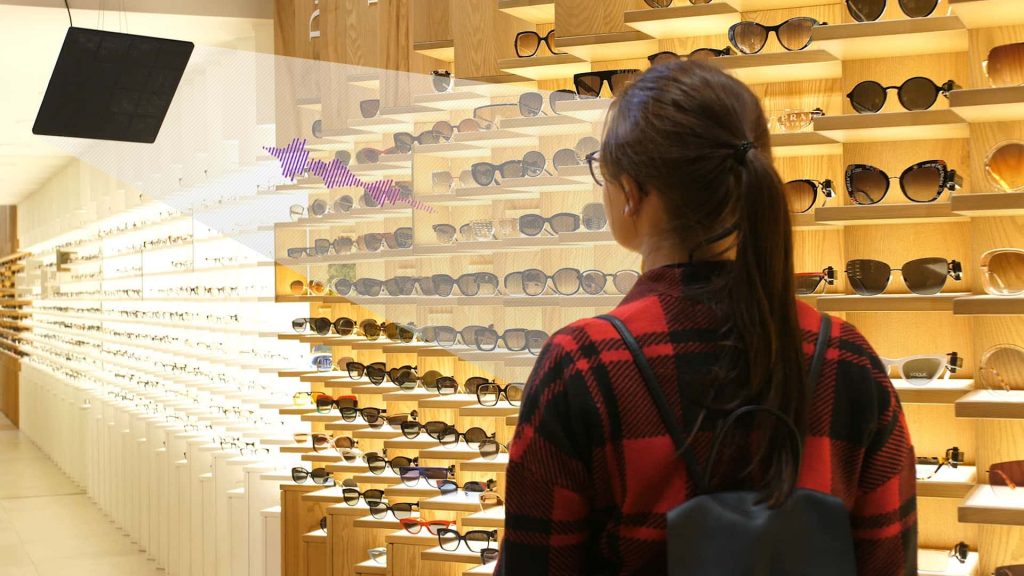 The Focusonics™ speaker can be mounted above the shelf of a specific product to transmit relevant information for customers who come close to the shelf – leaving others undisturbed.

When Focusonics™ is directed toward a display or product, the sound will seem to originate from the product – ideal for exclusive product promotions.

Focusonics™ speakers can be mounted at self-checkout machines, so that information spoken by the machines is only heard by relevant customers.

Focusonics™ can also be combined with computer vision for personalized advertising. See our custom solutions for more information. 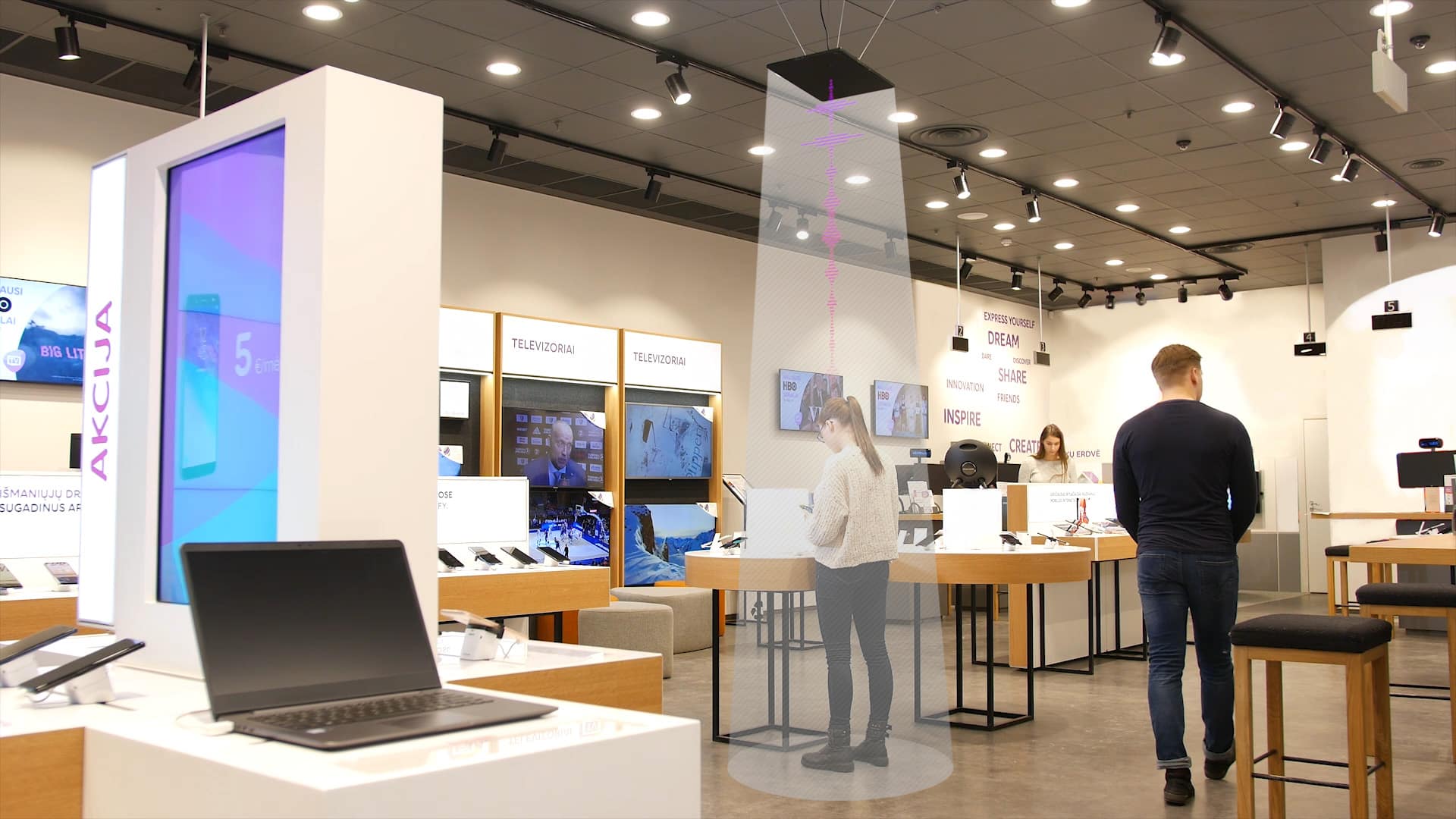 Focusonics™ speakers can be used for innovative displays and product promotions in showrooms, exhibitions and trade shows.

Sound can be localized to specific products or areas, so multiple Focusonics™ speakers can present different products in the same room.

A Focusonics™ speaker can be directed to a specific product to make it appear to “talk.” The reflected sound beam creates an illusion that the sound is originating from the product itself rather than the speaker. Focusonics™ speakers can also be used to add voice to holograms and transparent screens for exclusive product presentations. 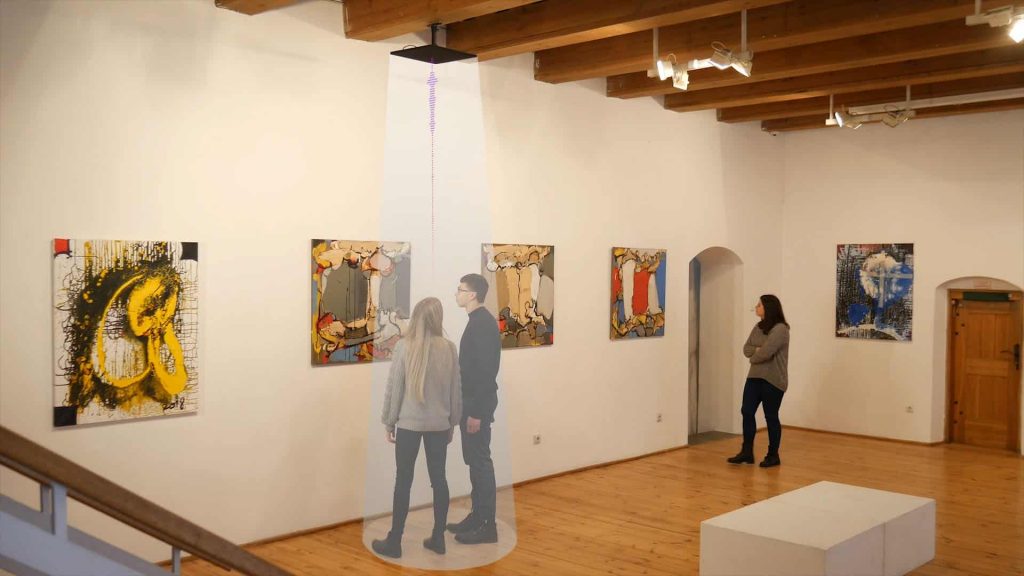 A Focusonics™ speaker can be mounted next to or above a piece of artwork to provide relevant information that can be heard only by visitors who come close – leaving others undisturbed.

A Focusonics™ speaker can also be directed towards the artwork, which will make it appear that the sound is emanating from the artwork itself and not the speaker. 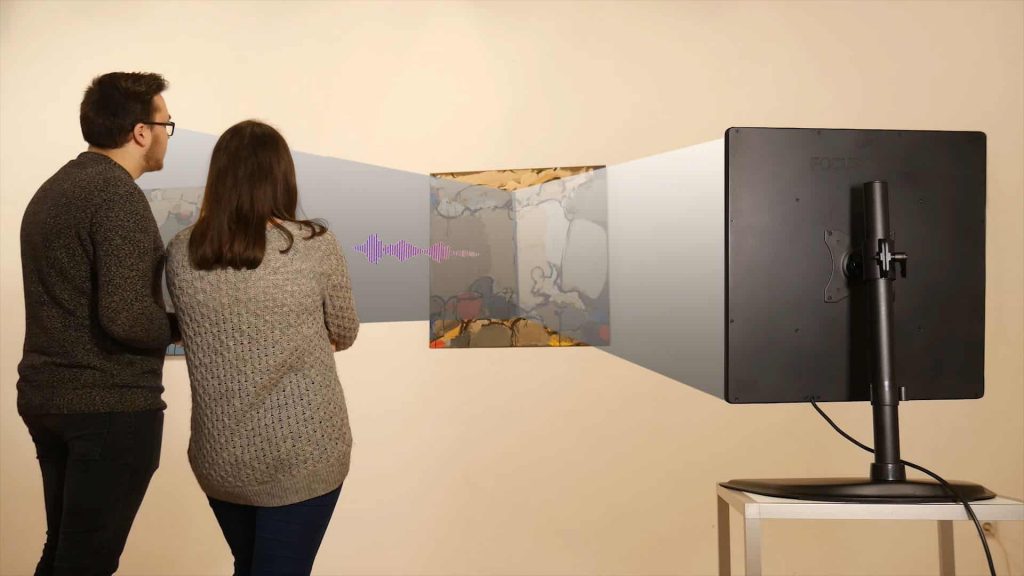 The sound beam of the Focusonics™ speaker can be directed towards transparent screens, smart mirrors, holograms, etc. to create the effect of a virtual source. It will appear as if the sound is originating from this transparent screen or mirror rather than the speaker itself.

The speaker can also be used to create a feel of the outdoors in indoor environments, such as offices or shops. By playing nature sounds and directing the sound beam towards reflecting surfaces such as walls or the ceiling, multiple sound reflections will produce the illusion that the sounds are emanating from different places in the room. For example, if the sounds of birds singing are beamed at different areas of the room, it will feel as if the birds are present at those different locations in the room. The same effect can be also used for meditation rooms, spas or entertainment venues, such as theaters or haunted houses. 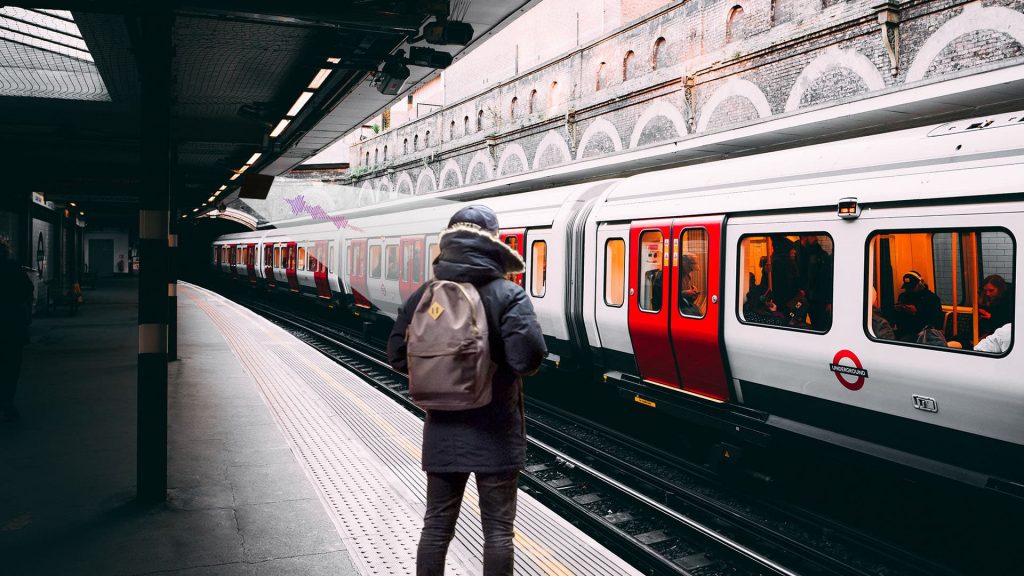 The sound beam of the Focusonics™ speaker can travel more than 30 meters, which is ideal for targeted public address systems. For example, the speaker can be used to inform or warn people at pedestrian crossings or it can be used to transmit warning messages to people who cross the safety line on train platforms. Lifeguards can utilize the speaker to target and address specific people at the beach who are farther away.

The speaker is designed primarily for indoor use; please contact us if you are planning to use it in an outdoor environment to discuss the possibilities. 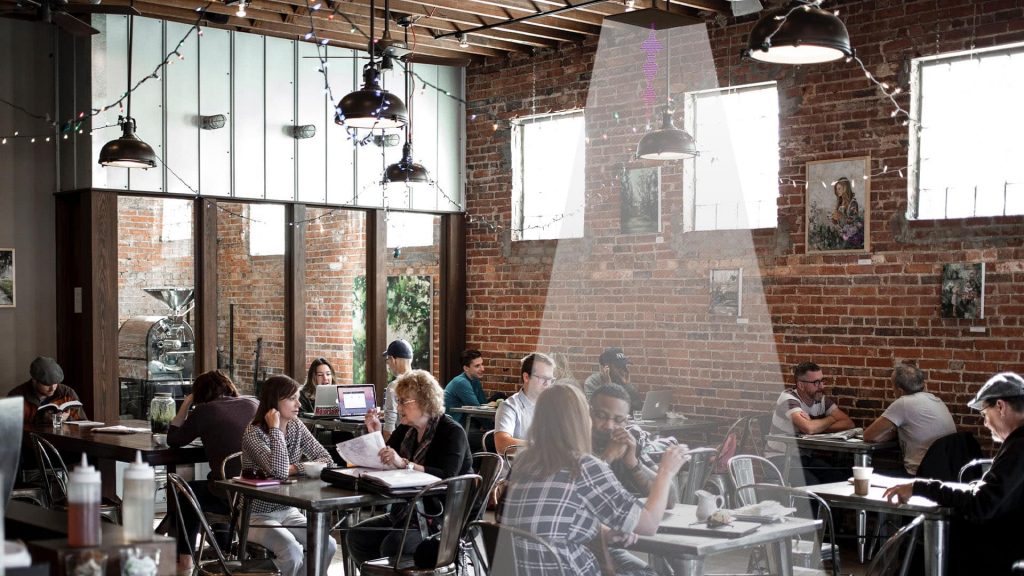 Focusonics™ speakers can be hung above the tables in a restaurant to provide localized and personalized music for clients.

The speaker can also be used for localized TV sound in lounge rooms and waiting areas. 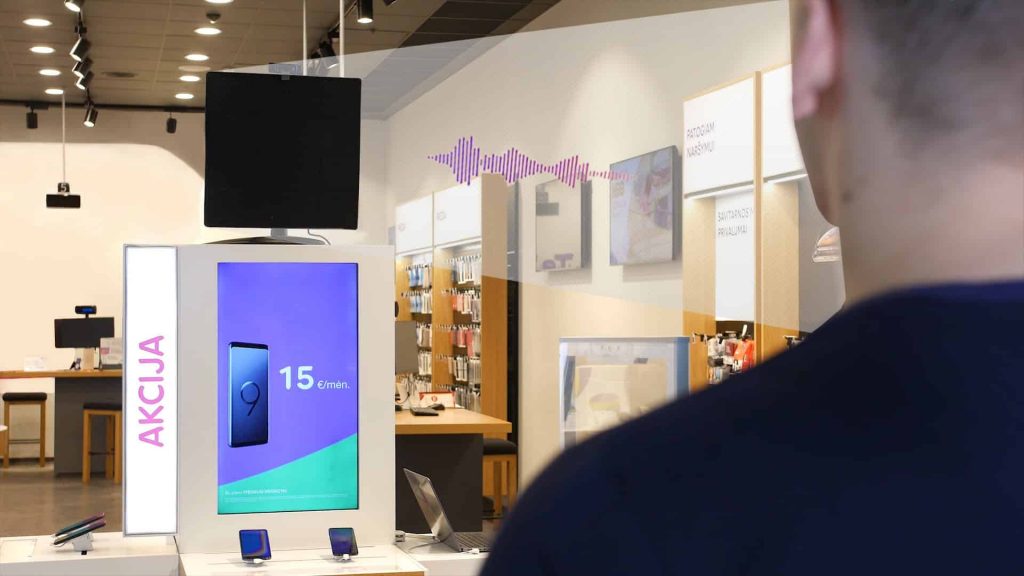 Focusonics™ speakers can be installed next to digital signage to attract attention and localize music or other sound for the display.

The speaker can also be used for personalized marketing by combining it with computer vision for person detection and recoginition. See our custom solutions for more information.

The Focusonics™ speaker is designed primarily for indoor use. If you are planning to use it for an outdoor application, please contact us to discuss possible options.

0
We use cookies to ensure that we give you the best experience on our website. If you continue to use this site we will assume that you are happy with it.OkPrivacy policy